“As a coach I don’t count on and definitely not with the penalties, those are pure luck, so it’s better to  focus on the game itself. I think we did well for most of the time, I’m only a bit upset about the last two  goals, perhaps we should have prevented them, or at least one of them. I think this team worked really  well this season, deserved to play for the title, only small things decided the match today.”

“I think we were better during the match. We conceded some unlucky, long-distance goals. I think that  made the difference and some missed opportunities at our side. Also, our man-down was bad, we  weren’t active enough. In the end, the penalties are always like roulette. Hopefully, next year we’ll do  better.”

“I’m really proud of my players and grateful to them, to my staff and to the club. We have had an  absolutely amazing season, won every competition we entered which is what Pro Recco is all about but  that’s not easy to achieve, I can tell you. Today we fought to the very last moment, never stopped  believing, of course, we did mistakes, but that happens – and I think we deserved this victory too.”

“This match shares the same spot with the 2020 European Championship final in my heart, as two of the  most outstanding memories of my playing career so far. In the heat of the moment, I didn’t even count  how many goals I scored, I just shot when I felt I had to, and I think the whole team did an amazing job.  I think we are the rightful winners, we worked hard, and according to the scoreboard, the hardest to win  the Champions League this year.”

“This is my sixth title, but it never gets old, I am ready for more! I still feel like a little kid having fun  playing. It helps that I feel great physically. Also, I play in a team that is so stimulating, every training  makes me want to be better for the team. One of our strengths is that we are a very united team. We  never lost the nerve today. From day one, Sandro built this team in this way. This has been a perfect  year. We have won everything!”

“My players were very tired after the semi-final yesterday, still, for all the man-ups and man-downs,  Ferencvaros played them much better today, so their win is well deserved.”

“We really came here hoping to play in the final. But then all four semi-finalists are top teams and both  semi-finals were so close. I think that the deciding factor for winning today’s match was the motivation.  At the end, the team that won, obviously wanted it more. Also, we were pretty worn out from yesterday  both physically and psychologically. Yesterday we were seconds away from penalties and then we  conceded that unfortunate goal. I congratulate FTC for their well-deserved victory.”

“I’m really happy with this medal, this is a kind of coronation of our season. Basically, we were already  happy with making the Final Eight, the team changed from year to year, so finishing on the podium is a  fantastic result for us. Indeed, both our wins today were a great proof how the team had been growing  and improving during the season. Our whole spring went like that, when we had to be up to the task, to  get points in order to survive, we just got them in Piraeus, here in Belgrade, then at our last two home  matches with Radnicki and Brescia. And again, here, in the tensest moments, we managed to keep our  calm and execute our game-plan when it was needed the most, when we were down by two against Jug,  then here, when everything came down to one man-up and one man-down. This shows that this is a  strong team, with great individuals, who can make our club and the community proud.”

“Coming here we hoped to play for the gold for the third time in a row, but sadly it did not happen. All  in all, we had a great season. We won both the Cup and the league title in Hungary. We also did well in  the ‘death group’ of the Champions League. It feels good to finish this season with a medal.”

“The third place in the F8 represents the peak of this season. It was difficult after yesterday when we  lost to Recco when we were so close. At the end, the difference in quality was shown and we just didn’t  have enough strength left. This concludes our season. I must say I am proud with how we as a team  reacted to yesterday’s defeat. Ultimately, maybe we just wanted today’s win better.”

“Of course, we are satisfied with this position and this game was also a good for our team. Qualifying  for the Final Eight was a big success already, we did another double in Germany, so our season was  great, we won a game here and today we also did well. We did some mistakes in the third period in  defence, but that’s something which can happen in a game like this.”

“Our start was pretty well. Somewhere in the third quarter we lost control in defence. I think it was a  nice match for the fans to watch. We enjoyed playing it. Barcelonetta is a great team. For us, it is a big  success to be here. I don’t think we were ready for the match with Brescia, we were just not good that  day. We are happy with the sixth place. We had a great season in Germany, we won tve double crown.  In total it was a great season. Looking back at my career three moments come to my mind: my first Olympic Games in Beijing in  2008, the double crown in Germany with Duisburg and the Worlds in Gwangju in 2019, where we  fnisheed 8th. I am working as a financial controller and I became Sport Director in my former club  Duisburg.”

“This is a big success. The double title in Germany and the sixth place at F8. We can be proud. Just look  at the clubs behind us. I spent six years in the club. I am proud that it has become a serious European  club. I am leaving Germany and will play in Primorje Rijeka next year. It’s a step closer to home and it’s  what I wanted.”

“The best part of the game was to bid a winning farewell to Dani Lopez, otherwise the game itself  didn’t cheer me up. At the beginning, over the first half, we played an ugly game, no defence, neither  zone, nor pressing – when we started taking it seriously, in the third period, our counter-attacks started  working as well and there we decided the match. I think we had a good season overall, won four  trophies in Spain and here we were very close to beat Recco in the quarter-finals, we just missed a very  little piece to do much better. I think that game was what really matters and shows that this young team  did well in this season – we changed four players, we know our path, where we wish to go in the  coming years and I hope we’ll be back even stronger next season.”

“I felt good today. It was good to have my family here for my last match. We wanted to compete for  gold as with 1:30 min before the end of the match with Recco we could have caught them but we failed  to do. We tried to win today even if it was a placement game. We only lost one game here and that is  important as an experience for our young players. In one week, I start working for the administration at  Barceloneta so I will stay close. If I had to choose the three most important moments in my career it would be the 2014  Champions League trophy in Barcelona with Barceloneta, my first Olympic Games at 32 years of age in  2012 in London and the 2018 semi-final against Italy at the Barcelona Europeans for the atmosphere  and the first medal after nine years. Not the final because we lost.”

“It is what it is. This is not something we wanted, we came here for gold. Nevertheless, we played this  game wanting to win. I am still sorry for the quarters with Recco, we came so close, dictated the pace..  It was difficult to play today but we managed to win the fifth place.”

“I think it was a game which we took seriously, and we are glad to finish this tournament with a win. Of  course, we thought to achieve something better here, but you should appreciate any wins in the Final  Eight. I think this team has improved last year, and again this year, so we showed a constant  development, that’s why we could be here for the second time. It was a great experience for this team,  and we wish to continue like this next year.”

“Today we managed to wash away some of the bitter feelings after yesterday’s loss. Once again, we  failed to do more and qualify for the semi-final. We are going on with our plans and programme. It’s a  shame that we couldn’t hold off the pressure against Novi Beograd in order to be where we wanted to be  today.”

“It is not easy to play this game, but these are the rules. It was difficult for everyone in the pool. It was  an fine match, we are at the end going home with a win. We are happy and proud that we qualified for  the F8 for the second time in a row. Little thing is missing… At the end, once again we lost to the team  that eventually qualified for the final. I think we played our worst match of the season against Novi Beograd. It happened for the second time at the F8. I hope next year we can qualify too and try to be better again.”

“Yes, I may think of Thursday, when we led by two goals in the fourth period against Ferencvaros, but  this is sport, small details make the difference, whether you finish among the top ones or play in  matches like this. It was not easy to get ready, on Thursday we played at 20.30, then at 16.30 yesterday,  and today at 12.00, lost a key player for this match, Marko Zuvela, which made our rotation even  narrower. Still, we started the game badly, just like the previous two, needed to come back again from  multiple goals down, we did it again but that was the maximum we could achieve today. I think, it was still a very useful event for our young players and for the team which did well in this season, all in all.”

“I am glad this is over. I don’t see any point playing these placement matches here. We played as much  as we could today. We have another injured player here and couldn’t count on him today. We fought but  we lacked strength. Today Marseille won fair and square, I congratulate them.” 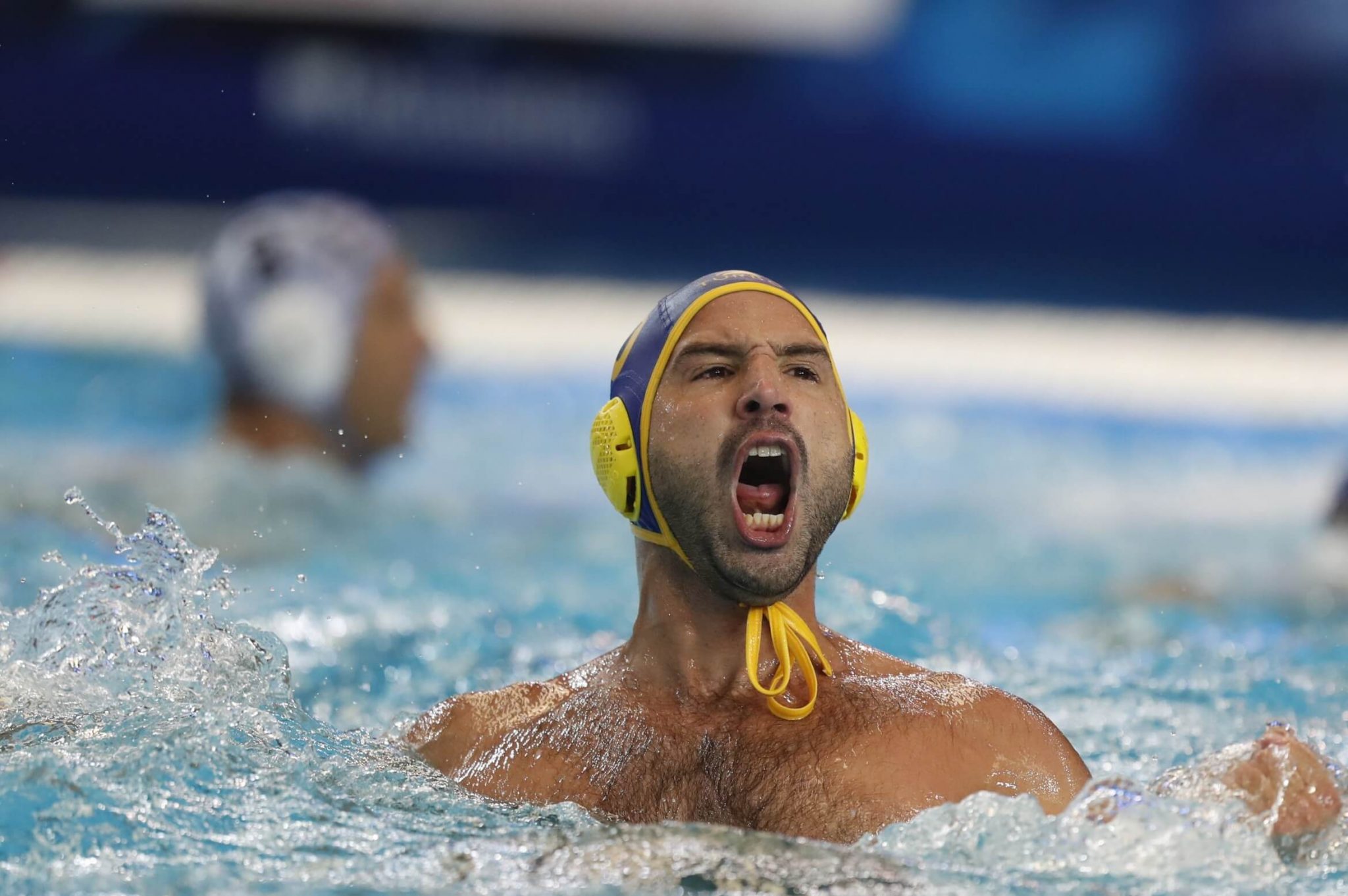 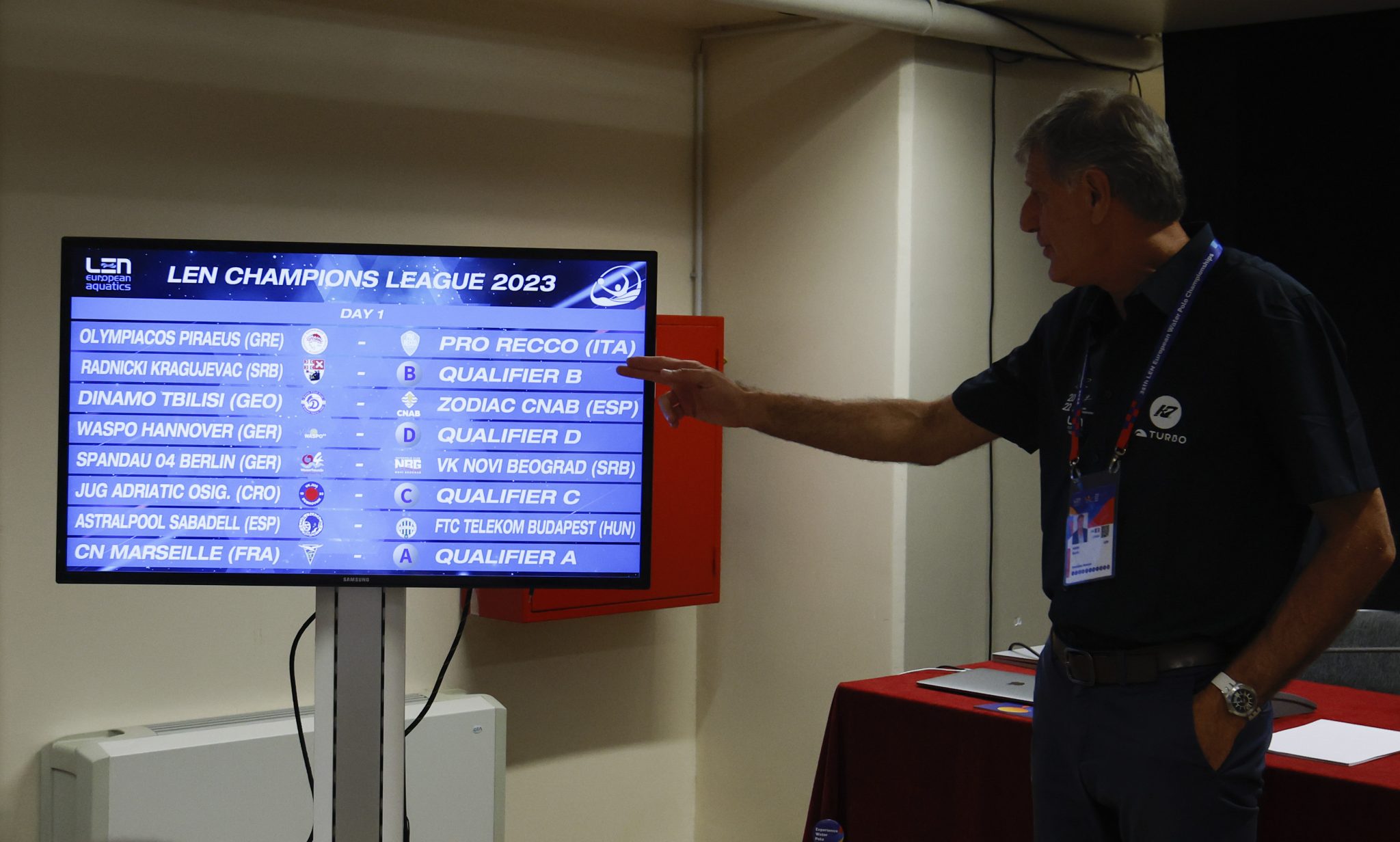 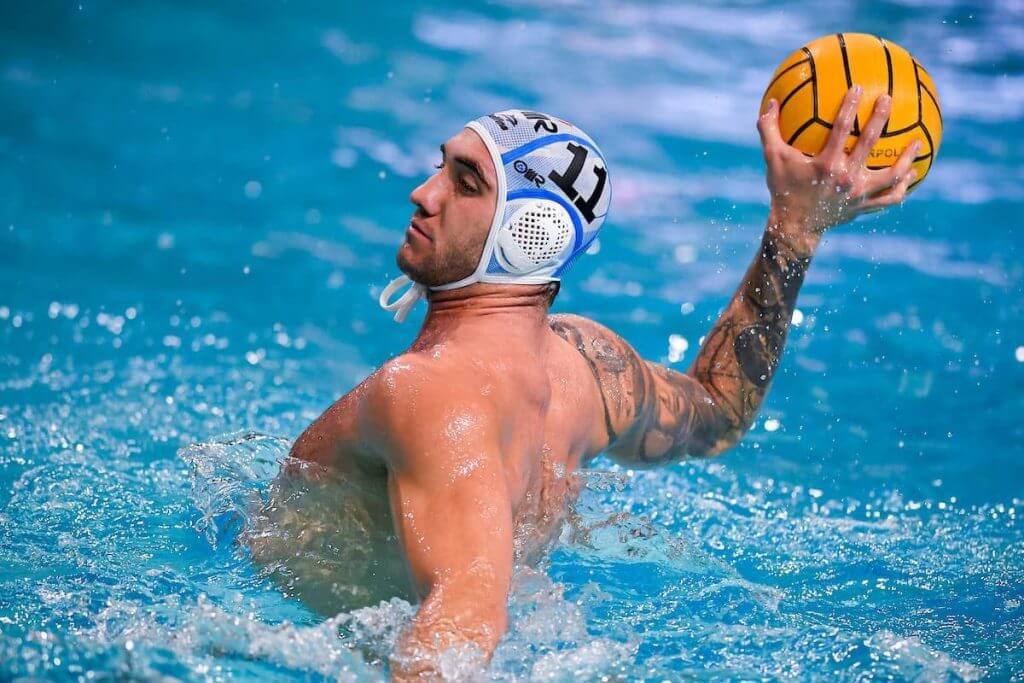 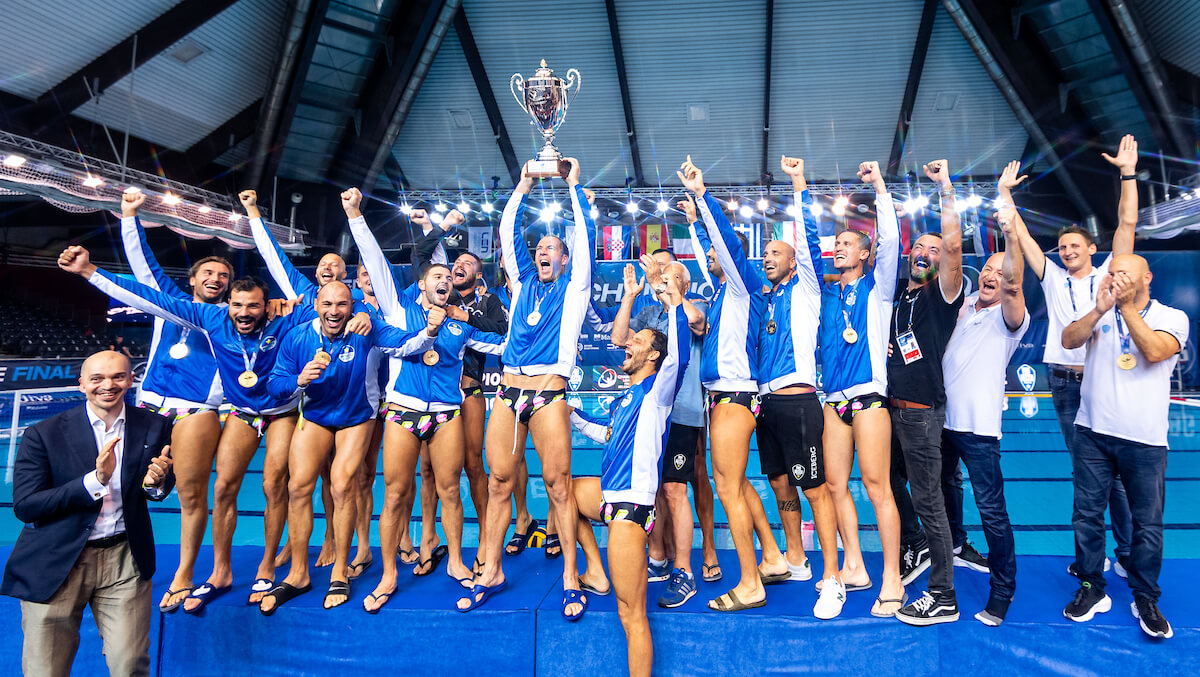 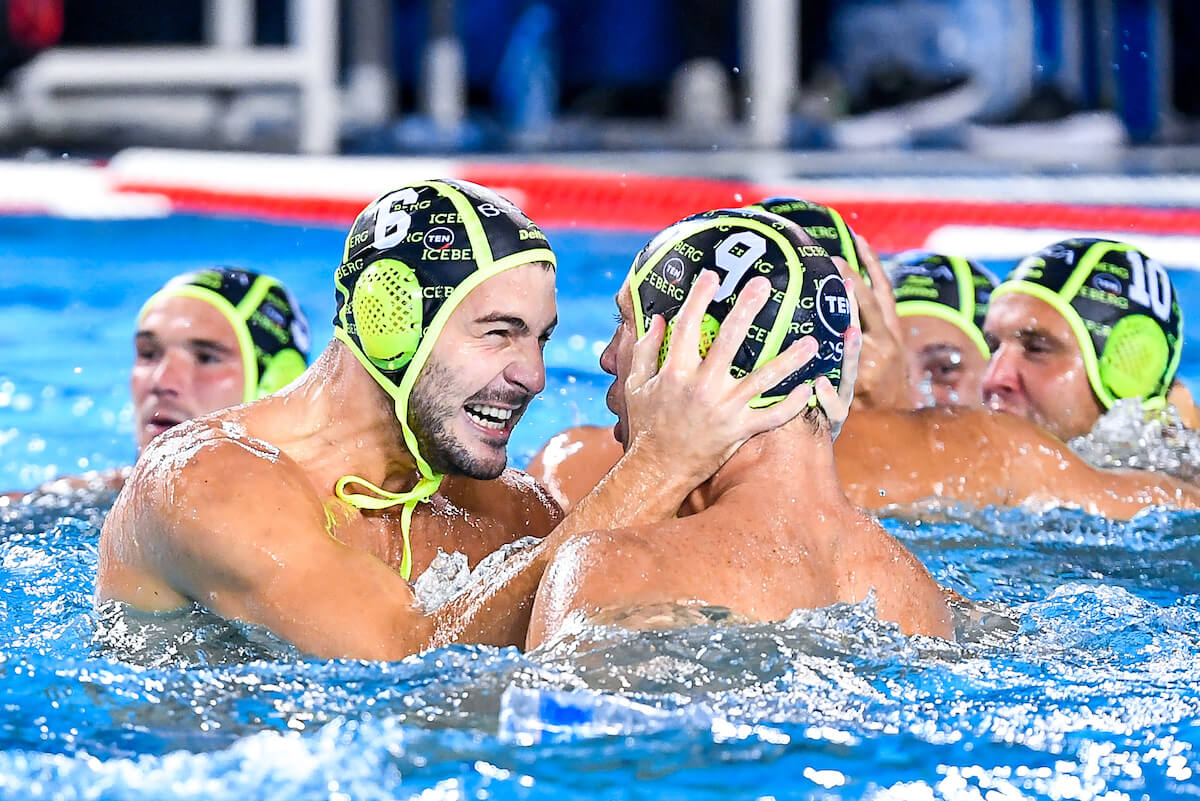 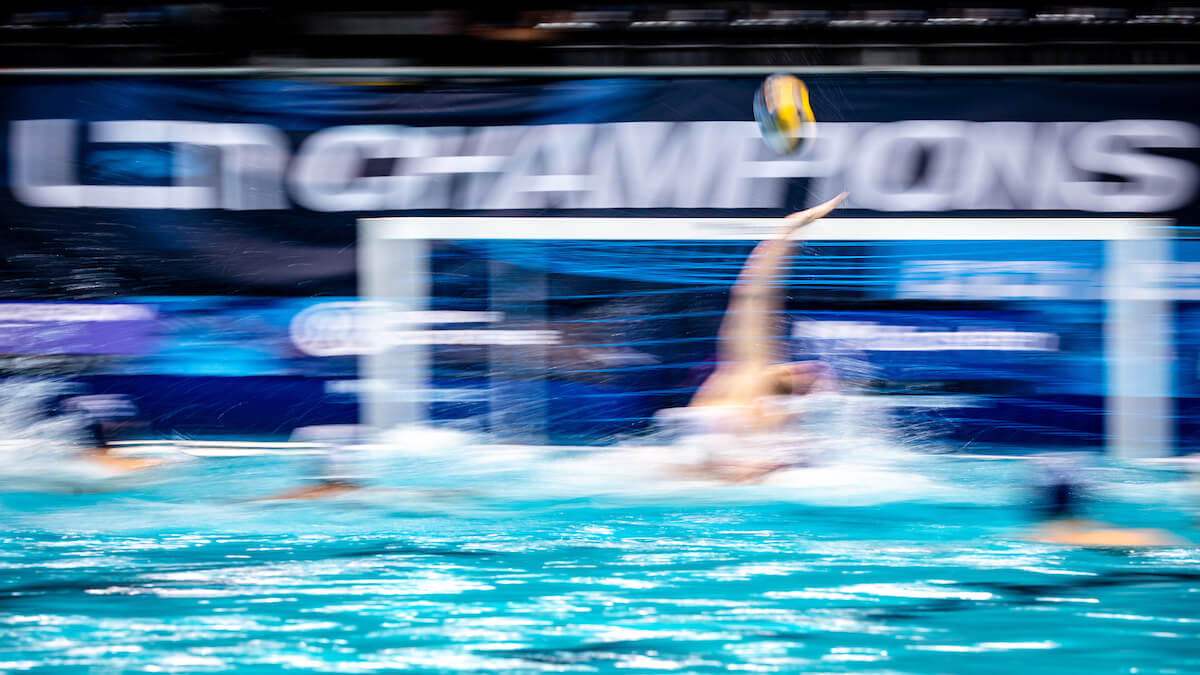